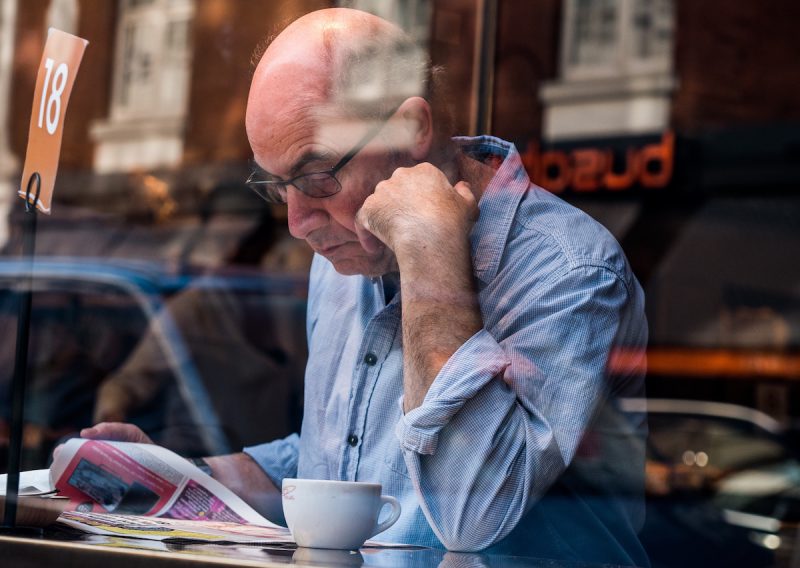 Thirty-two partners at Sidley Austin, the sixth largest corporate law firm in the United States, have just been fired from their firm.

These partners were allegedly too old. The firm downgraded their status, then told these partners they’d have to leave. The former partners filed an age discrimination lawsuit in response.

Ageism is alive and well for older solo practitioners

But it isn’t the only problem older attorneys face in the industry. Today older solo practitioners deal with a bevy of age-related issues. Challenges that make it harder for them to do what they’re best at.

It’s unfair to those who are on the receiving end of these changes, but it’s also understandable. The “graying of the bar,” as pundits refer to it, is changing the legal landscape.

What challenges am I referring to?

It’s easier for law firms to make money off younger attorneys. They cost less money, increasing their firm’s profit margins. Their eager idealism means most are willing to work long hours for less pay and the promise of future opportunity.

On the other hand, older practitioners have significant experience. Their hourly rate is higher than their younger counterparts and they’re also much less willing to work long hours for less pay.

What does this mean?

Without a strong value proposition and a stable book of business, older solo practitioners will struggle to compete with their younger, more idealistic counterparts.

Younger attorneys are willing to run themselves into the ground.

Clients and firms use the promise of additional work/opportunities to motivate young attorneys to work hard on their own. These young solo practitioners are more willing to push for 3,500 billable hours each year to show their commitment.

It just means these younger attorneys are willing to take on more work clients or their firm. for all we know, these billable hours could be focused on non-critical tasks.

There’s an assumption that an increase in age automatically equals cognitive decline. But this actually isn’t the case for most people.

For the most part, it’s about how you treat yourself. Research shows unhealthy habits have a detrimental impact on your cognitive performance. It isn’t so much about your age as it is about your habits compounding.

This isn’t a groundbreaking revelation, is it?

Taking care of your body compounds over time. What we call old age, may actually be older practitioners reaping the rewards of their behavior for better or worse.

These mistakes can be corrected for the most part. Even if you’re an older practitioner.

ABA President Karen Mathis estimates more than 400,000 attorneys will consider retiring, retire or begin to retire over the next few years. This sounds like an opportunity and it is, but as we’ve seen, this process isn’t always voluntary. Law firms are under tremendous pressure to perform.

These are all easy ways to force older, more costly practitioners out of firms.

The EEOC filed a lawsuit against Kelley Drye & Warren, LLP for age discrimination. In 2007, Winston & Strawn LLP settled a suit challenging their “decompression policy” that reduced partners’ pay after age 65. Here’s the surprising part about ageism.

Your clients struggle with it too.

The results aren’t as stark for solo practitioners but it still presents a problem.

Here see for yourself. 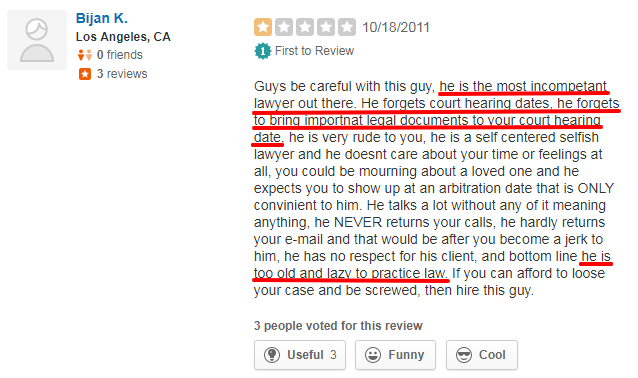 Notice the problem with each of these reviews? They’re all negative reviews. What does this tell us? Clients struggle with ageism. Serve them well and they’ll never tell you.

This is bad news.

If you’re a solo practitioner and you’d like to remain competitive, you’ll need a strategy to follow. You’ll also need a way to deal with the bias and discrimination that comes with client pushback.

Attorneys struggling with cognitive impairment are typically the last to acknowledge or realize they have a problem. According to the ABA…

“A growing number of states, lawyer and judicial assistance programs, traditionally focused on addressing substance abuse and other mental health matters, are increasingly focused on age-related cognitive impairment issues. In several jurisdictions, multi-disciplinary teams of lawyer assistance staff, disciplinary counsel and mental health professionals are working together to address age-related cognitive impairment. These teams work toward a transition out of practice that preserves the lawyer’s reputation and dignity while protecting clients. Close colleagues and family members are also often engaged in this process.”

This makes sense if the impairment really is a problem.

But what if a loss of opportunity simply boils down to client/law firm politics? As the politics at Sidley Austin and online reviews have shown, it is a problem.

If you’re an older practitioner, everything gets harder

As an older, solo practitioner your job is even more difficult. It’s no longer just about practicing law, serving clients and doing exceptional work.

You’ll have to make specific choices to show clients, your colleagues and your firm that you’re better. That you have what it takes to outperform younger practitioners. This isn’t make believe, it’s true.  Younger attorneys don’t have the knowledge and experience you have.

But you can’t rest on your laurels.

You’ll need to show clients, colleagues and competitors that you’re still the rainmaker they’ve come to depend on.

In my next post, I’ll show you how to defeat ageism, remain competitive and outperform your peers.