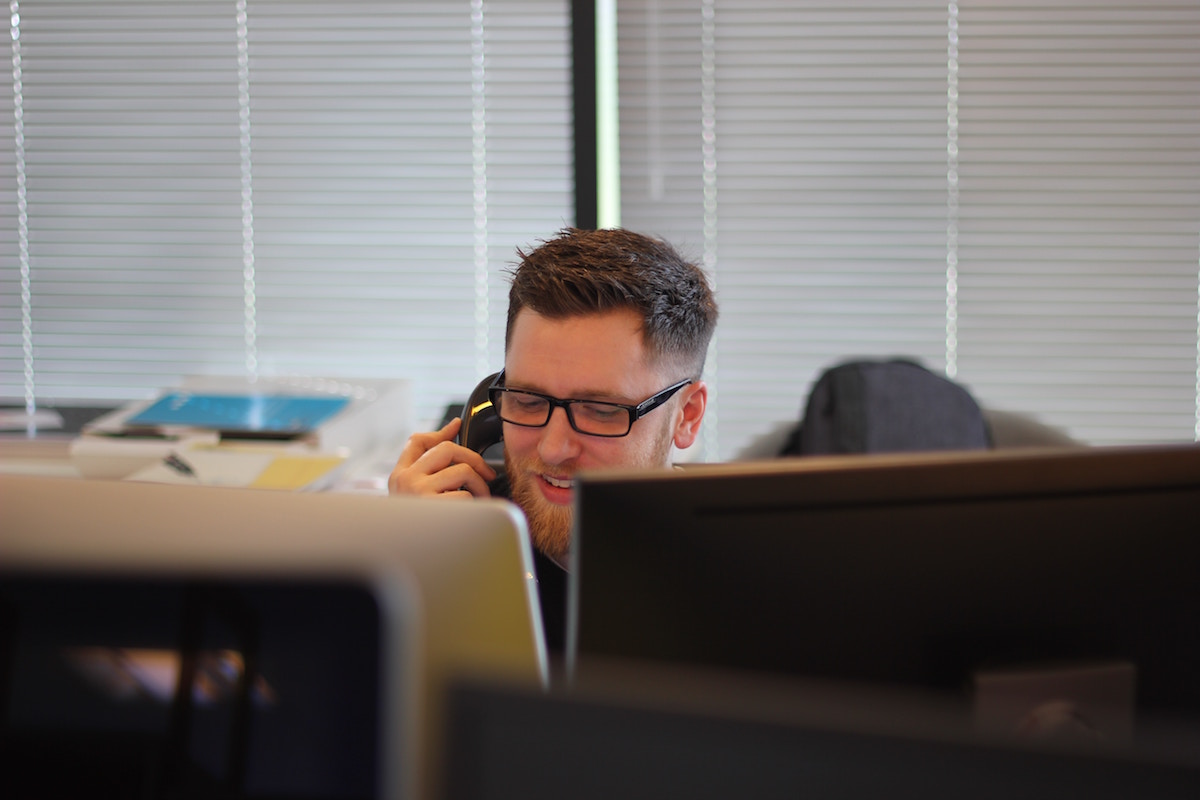 Wouldn’t it be wonderful to be able to attract an avalanche of customer attention, wherever and whenever you wanted? A never-ending stream of clients and revenue for your solo or small practice?

Not only is it possible it’s completely doable.

It’s something that solo, small and even large firms can do. Today I’m going to show you how that’s done.

The unspoken fear lurking in your subconscious. Or maybe it’s hopelessness. The despair and frustration that you simply don’t know how to attract any kind of PR.

What if you aren’t connected? What if you don’t have a thick address book filled with well-known influencers and power brokers who owe you a favor?

You can still do it.

You can use the strategies and tactics I’m about to share with you to generate the kind of press most attorneys dream about. In reality, there’s really only one thing in your way.

Here’s a mistake many people make when they read content like this. They read it with a skeptical eye. As if they’re jaded and disillusioned. Life as an attorney has taught you some harsh lessons.

If it sounds too good to be true, it probably is

This is a common mistake. Here’s how it works.

People achieve the seemingly impossible. They share their strategies and tactics with others. Then, they’re shouted down as naive, dishonest or unrealistic.

Because the strategies and tactics high-achievers use often seems silly or counterproductive. What works for the high achievers is often ignored by underachievers.

Ready for some PR? Let’s get started.

David Meerman Scott coined the term “newsjacking” to describe the age old practice of getting others to promote and evangelize your business.

Here’s how he describes it.

“Newsjacking is the art and science of injecting your ideas into a breaking news story and generating tons of media coverage and social media engagement.” 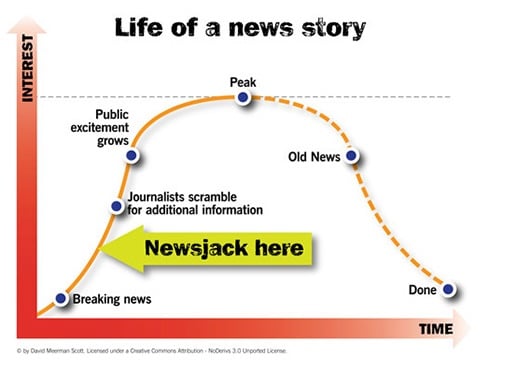 While Scott coined the phrase “newsjacking” he didn’t invent the practice. It’s something people-in-the-know have used to attract a massive amount of attention and traction.

Newsjacking is a straightforward way to “go viral.”

How do you jump in front of a trending or breaking news story? You use tools. First, create a list of broad keywords that are both directly and indirectly related to your practice area. If your focus is family law, keywords like “divorce,” “celebrity divorce,” or “custody battle.”

Next, head to Google Alerts and add your keywords.

Change your settings so you’re notified as-it-happens. Newsjacking is a time sensitive strategy. The sooner you’re publishing content related to a trending story the better your results.

It followed the story of Walter White, a high school teacher who decided to become a drug kingpin. This critically acclaimed show featured a crooked but lovable attorney by the name of Saul Goodman. 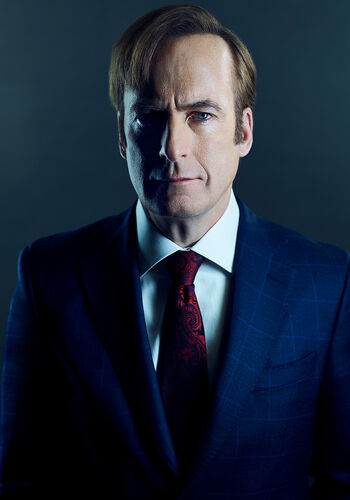 Vice had a simple question. Was there a real life Saul Goodman? They found a real life Walter White. Could they find an attorney who was just as effective as Goodman?

As it turns out there was.

Howard Greenberg is, thankfully, not a criminal.

Here’s how it works.

Where do you find these influencers?

If you’re not sure how to pitch your story, use the four step process outlined in Newsjacking.

Researchers made an interesting discovery.

Our emotions are contagious.

See what I mean?

Okay. How do you go about using group emotional contagion to earn PR?

Here’s the thing with this strategy.

Anger spreads fast. Once it begins to spread you’ll lose control over the story. It’ll begin to take on a life of its own. It’s crucial that you get the narrative right before you launch your campaign. You won’t be able to change it later. Get it wrong and the consequences could be dire.

Here’s an example of an attorney positioning himself in front of the anger (e.g. how could you do this?).

And someone positioned behind the anger (let’s stop this together!).

Solo firms can earn a massive amount of PR

As Daniel Muessig showed us, size isn’t a limitation. It’s about your willingness to do the impossible. It’s only impossible until it’s done. It all comes down to a simple formula.

Do what others can’t or won’t.

Serve in a way that’s difficult or impossible for others to do it. These aren’t the only strategies you can use, but they’re effective ways to generate a massive amount of attention for your small or solo practice.

With the right strategies achieving the impossible becomes, possible.